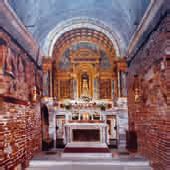 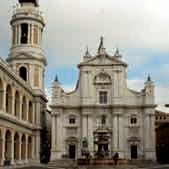 The Sanctuary began with the arrival of the walls of the house occupied by the Blessed Virgin Mary, in Nazareth, at the time of the Annunciation and the Incarnation. This relic was brought to Italy at the end of the Crusades and acquired by Nicéphore Angeli, giving rise to the legend that it was carried there by “angels”!

According to tradition the transportation took place on 10th December 1294. Loreto is one of the most important places of pilgrimage in the whole of Europe. Pope John XXIII chose Loreto as the first place for a pope to visit (4th October 1962) outside Rome since 1870.

The Feast of the Sanctuary is kept on 10th December.